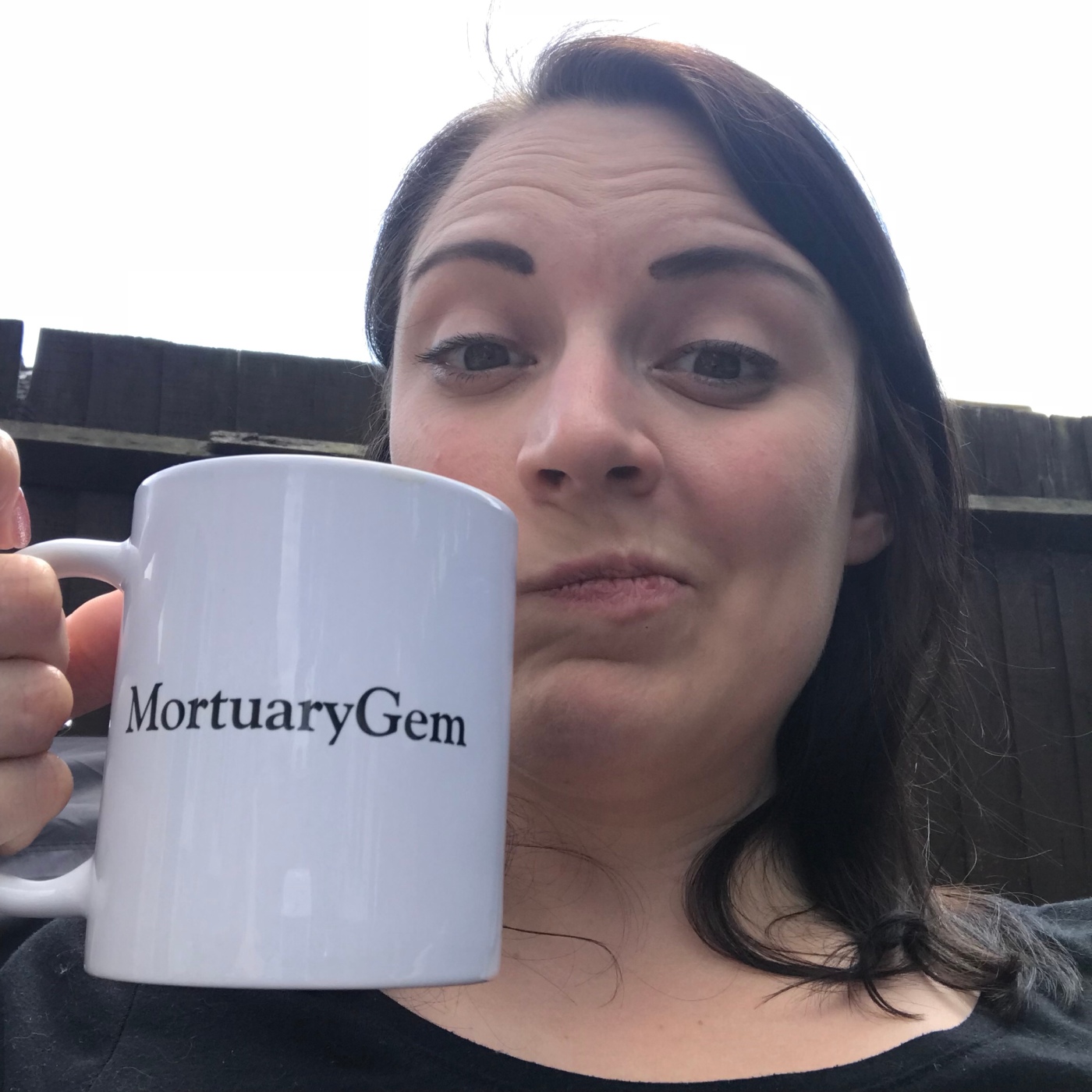 My week in summary! Fairly long post I’m afraid but thought I would update you all on what’s been happening.

Sunday morning I got up nice and early and headed to the Gardens of Peace Muslim cemetery. I was very kindly granted a complimentary place on a Funeral Awareness Course for Women by the owner after I had spoken to him about wanting to understand more about the different religions I encounter each day through work. What an eye opening experience! It was a morning course designed to educate women in the various rituals and practices around death in Islam, including a talk in regards to what the Quran tells us about death and how to act around it. I chatted with some of the women during and after, they were all so friendly (maybe because they were curious as to why I was there being the only non-Muslim in the whole place) and kind, I felt very welcome!

In the afternoon I recorded a long overdue episode of the podcast I cohost with Adam called This Little Island. It’s the pair of us chatting about various things, the latest episode being a general catch up on what we’ve been up to. If you fancy a listen you can find it on Apple podcasts or Podbean. I plug Death Cafe for anyone who’s interested in finding out more.

Busy day at work as per the norm recently, we had to catch up on the booking in from the weekend as well as do some testing of our new computer system that is being implemented soon. I’m very eager to get it up and running and using it! My colleague that is on maternity leave popped in for the morning to catch up on a few bits and it was great to see her too.

In the afternoon I headed over to our other hospital mortuary to cover the opening time there. I was faced on arrival by a giant puddle and a leaky ceiling. Not an ideal start! This made the floor very slippy and then started a two hour mopping, drying and cleaning session with not a chance to do a lot else. I did have a few funeral directors turn up and I welcome them to our new ‘water feature’. Sometimes I have the worst sense of humour!

Packed out post mortem room and time limitations meant that I wasn’t able to practice too much in there, but I did get to try out a couple of different stitches. I really like the Wormian stitch (I think it’s called that!) where the skin lies flat if you get it right but you have to line up your stitches precisely. I think I got the hang of this one today, and another stitch I don’t know the name of but leaves the skin around the stitching almost looking like a spiral shape, it’s satisfyingly twisty.

I spent a lot of time rushing or walking about, trying to answer phones and doors as well as fetching bits and bobs for others. I was asked to go and get some cassette lids for the histology samples that were taken today so I flew up three flights of stairs to the lab only to find myself incredibly out of breath. I’m no way near as fit as I’d like to be! I bumped into the guy who showed me around the lab a few weeks back so he helped me find what I needed. Small, rectangular metal lids that sit in the top of he plastic casing, perforated with holes to allow the processes to take place for preservation.

In the afternoon, I was covering the other hospital again so I headed over there on the staff bus. I’d hoped to treat myself to a Subway salad on the way but the queue was huge so I settled for the slightly smaller queue for the hospital shop and grabbed a salad from there just making it in time for the bus.

No floods on that day but I did have a busy one, booking in all the people from the weekend and the night before. I had someone come to check the light was safe from where the water was coming in and also someone swing by to check a printer could be installed next week. Rushing about is good because the day goes fast, but it’s bad because you don’t feel like there’s enough hours in the day to get anything done. I resolved to get everything up to date with the records over there and I did!

I had another day off, lucky me! You might think I am running out of leave, but taking days off here and there seems to work quite well in appearing to have lots of time off but actually conserve your leave effectively. In fact I just booked a trip to Copenhagen in the Winter. While I do love the hot weather making up for the fact I didn’t get a Summer holiday anywhere, it’s also got me dreaming of jumpers, scarves and being cosy by a fire. Four days in freezing cold Denmark with Laura B to look forward to has sorted out that craving. 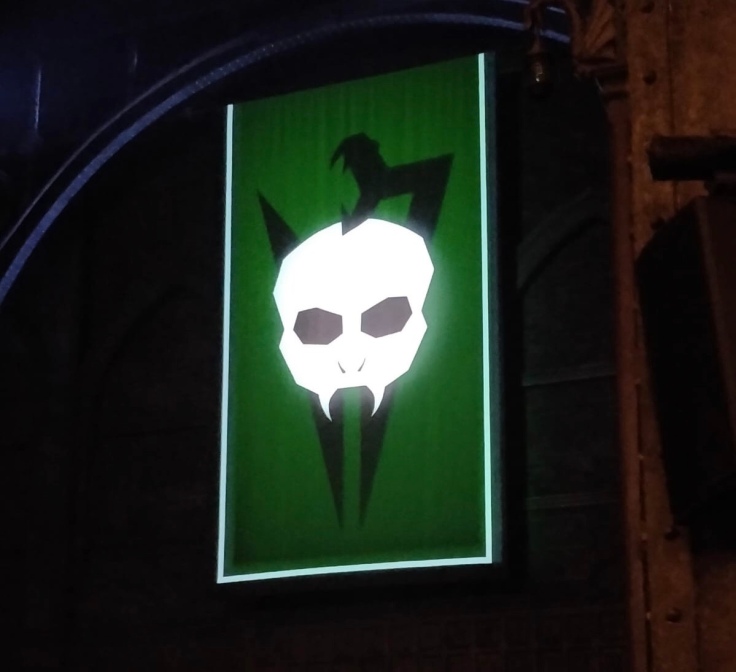 I spent the day off with my other half in London watching the Harry Potter play The Cursed Child which was great! I also did a little bit of Death Café planning and visited my parents who had their wedding anniversary, congratulations to them! The next Death Café has been confirmed as the 21st August at our lovely venue The Sweet Rose Cakery. I have made a very summery flyer as you can see below, and hope for record numbers at this event. Maybe the magazine article will be released in time for this one, but if not then September’s event could shape up to be very exciting also.

Back to work on a Thursday is a way of making sure you have no idea what day of the week it is! As I woke up early, I planned to get to work a bit earlier as I knew I had to meet with a courier who was picking up some samples to be sent to another hospital. I like to have my black coffee and breakfast when I arrive in the morning as a little moment of calm before the crazy. I’ve found this really good chocolate orange coffee I’m a tad addicted to! Once the courier had been, the rest of the team arrived and I was told that there was one post mortem which I would be completing on my own, obviously with some supervision as I am a trainee, but mostly just get on and do it and see how I got along. I’m proud to say that I completed it with only querying one thing and the pathologist told me she was pleased with what I had done. Chuffed to bits with my progression really, I even remembered that she has the organs in blocks unlike the other pathologist who likes them to come out as one whole block. I’m focusing on just persevering when I find things difficult and only asking for help if I find them impossible or I think I’ve done something wrong. I think that’s a good strategy that should work. I also completed the reconstruction and was pleased my stitching is coming along quite nicely, I had got quite fast but the quality of my stitches had worsened, so I’ve gone back to being slower but focusing on the stitches being neat and creating the seal in the skin that is needed.

In the afternoon I once again headed over to our other hospital to cover the time there. It was very noticeable that it was the warmest day of the year! The mortuary there is not in the basement but at the end of the building (there’s windows and natural light in the office and everything!) so it was very warm in there. The fridge room and visitors area there are no windows so they are slightly cooler and good places to be if you don’t want to be in  the heat. The time there was taken up by a family viewing and a few releases to funeral directors. Family viewings or visits are always nerve wracking for me as I never know quite what to expect. I feel like sometimes I worry unnecessarily that people will be rude or horrible and they rarely are. It does happen, but I really shouldn’t fear it as much as I do!

On my way home I noticed some dark smoke in the sky about a mile away from home. A horrible thought hit me- the park was on fire. I peddled so fast down the main road I was out of breath when I got back, I shoved my bike inside and ran upstairs to see out of the window better. Yep, the park was definitely on fire directly opposite our house. A 999 phone call, a walk around the park and some panicking later and the fire was out. The fire crews of The London Fire Brigade really are incredible!

More samples to be sent off today so it was another early start in the office sipping my coffee waiting for the doorbell. Had to go give a sample of blood myself in Occupational Health as part of when I cut myself while doing a post mortem a few months back. Was given the all clear so far but have to go back once more in October to get the full all clear. 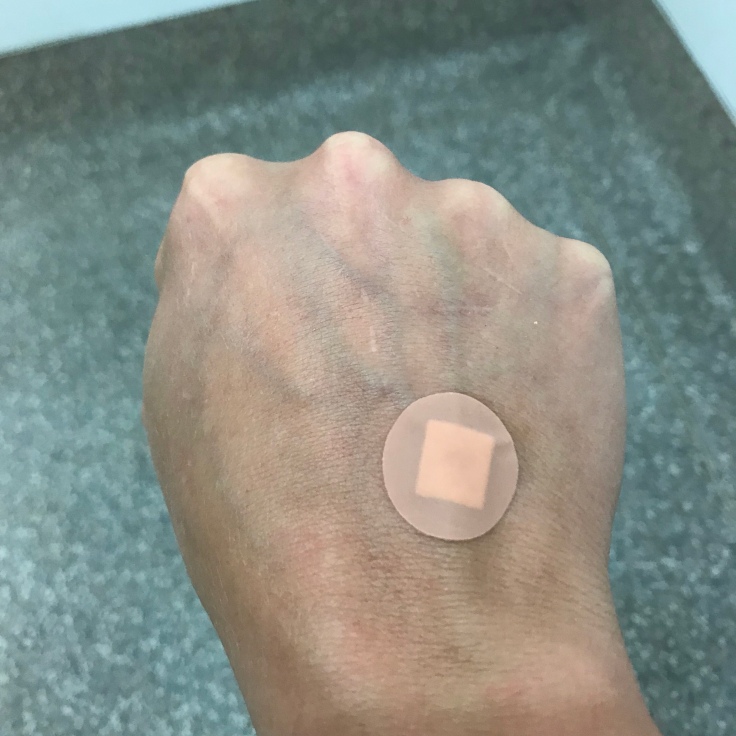 Not as painful (or messy!) as last time

The day was busy all in all, we had a lot of work and I was on my feet most of the day. My feet actually really ache now. I didn’t cycle today because it looked like it might be stormy, so I got the bus. However, looks like I’ve arrived in time to sit indoors and watch the thunder. Perfect Friday evening viewing.

Have a fabulous weekend everyone. I’m off to a cemetery with Laura D on Sunday and I can’t wait!

P.S. for those interested, brain count currently stands at 38!