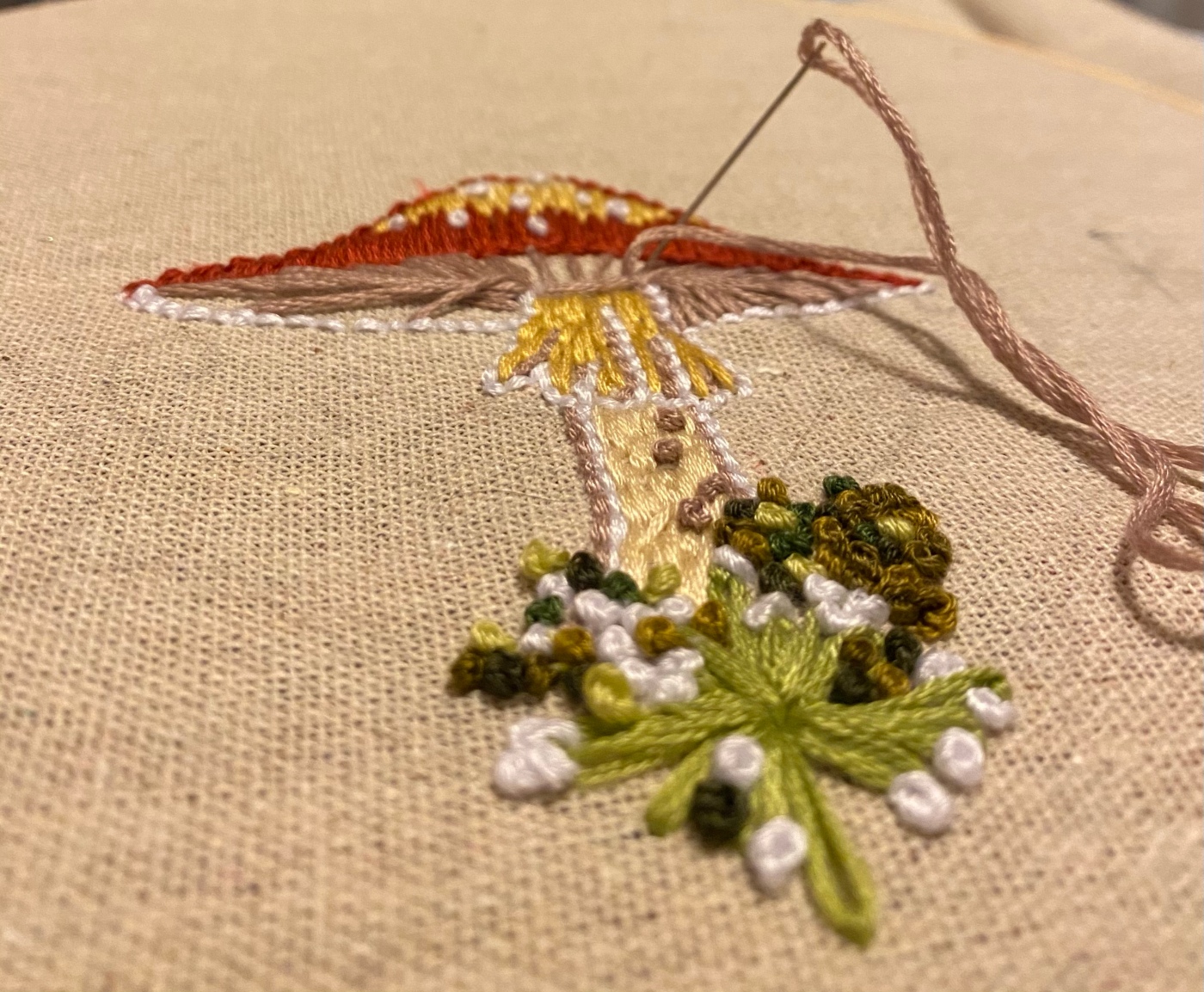 Since the last lockdown in November I have undertaken a few new crafty projects. I’m not sure where the inspiration came from or why I enjoy them so much but I became a little obsessed with the calming effects of a needle and thread. This so far has included turning a dress into a crop top, a maxi dress into a shorter version and several embroidery attempts. My latest, and most ambitious, attempt began after receiving some materials from my husband for Christmas.

I was discussing this new found love of sewing with my Mum just after Christmas, I said that the use of actual hoops had made it all a lot easier and she replied that I could have had her hoops had she known. It was then that she mentioned she had, somewhere, a project she had never finished that had began before my Grandfather’s death from Motor Neurone Disease. She had stopped when he died and had never picked it up again. She then said that my grandparents had a similar project they had begun, creating a rug, that had never been finished in a similar fashion after my Great-Grandfather died.

Ever since we discussed this, I have regularly thought not just about that unfinished embroidery tucked away at my parents’ house, but also how many other projects or tasks had been left to never be completed because of grief. I find something completely beautiful in the tragic essence of the concept.

Grief is a strange thing that we continue to learn about and understand in new ways. It changes us, it adds another facet to our lives and what comprises us. It attaches new emotions and associations to aspects of our lives. In some sense, this is seen in ourselves but could be no more seen than in the physical things we do not dare revisit or go back to once that grief is present and accompanies us.

Part of me would love to collect examples of craft projects, or any kind of project, which have been interrupted or halted by grief. At the very basic level of that curiosity, I simply wonder if anyone else has or would like to share any examples that they have? I don’t know, but I feel like there could be an amount of shame about them that could be removed or released if shared with others. Thinking about this more and more, I also wonder if anyone has collected examples of these before? Does anyone know of anything like this? I’d be so interested to see them.

Note- the photo included is of the embroidery I have started, which I did not design myself as such but use lots of different examples from Pinterest to create an image I liked. What you can see is very much in the style of one of these images, not my own design and I cannot take credit for it! I do not know the person who did design it either to credit sadly.