We did it! We have visited all of the Magnificent Seven London Victorian cemeteries this year. Yesterday Laura D and I paid a visit to the final, closest to my home and last to be established of them, Tower Hamlets. This cemetery is also known as Bow Cemetery and is now closed to burials but has become a local nature reserve through the work of the local people. When you walk through the gates there is a smallish building to the left that looks official, and very closed. On the right is a stunning more modern looking building with graffiti and incredible animal sculptures outside. This is the Soanes Centre and is a resource for local primary and secondary school children to learn about the sciences. I immediately liked this place when I stepped inside, it has a charm that felt neither pretentious nor boastful. Tower Hamlets Cemetery Park knows what it is and celebrates it justifiably.

I do not know for certain, but I would guess that this is the least well known and the least visited of the Magnificent Seven. It was considered to be neglected not long after it had opened and it suffered badly during the bombings of the Second World War. None of the original chapel buildings still exist, and it feels considerably smaller than the other cemeteries we have visited. In addition to this, it does not boast famous or notable people that the majority would recognise today, although there are numerous interesting people once you look into this a little deeper into history.

The grave of Will Crooks ‘servant of the People’ 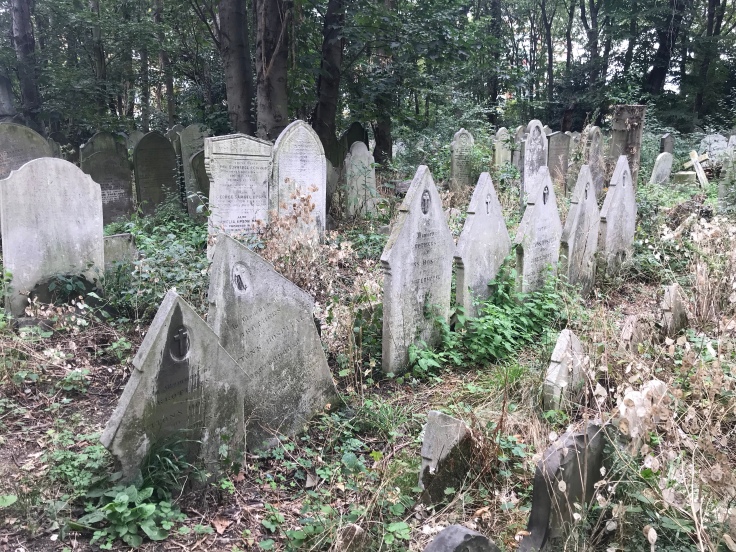 The distinctive shaped graves of the Charterhouse Brothers monks

One thing I noticed was that the range in iconography and monument types here is vast. Some areas do boast much of the same ‘clasping hands’ or ornate cross types, but the rows and rows of gravestones are much denser than any I have seen. Off the beaten track there are some hugely impressive monuments and interesting areas. There was one monument with a giant sphere on top that was very unlike anything I had seen before. The variance in urns atop graves was vast too. I’ll include some photos below of some of the more interesting graves that caught my eye.

The range of iconography in the cemetery, some classic examples of death symbols and some others I’m not familiar with.

Obviously I was there for the graves, but it’s new purpose is made clear with signs pointing out plants and conservation methods across the park which you can’t miss. I think we were the only people there without a dog, on our way out we met a lovely little thing called Ruby who made me throw her a ball several times! 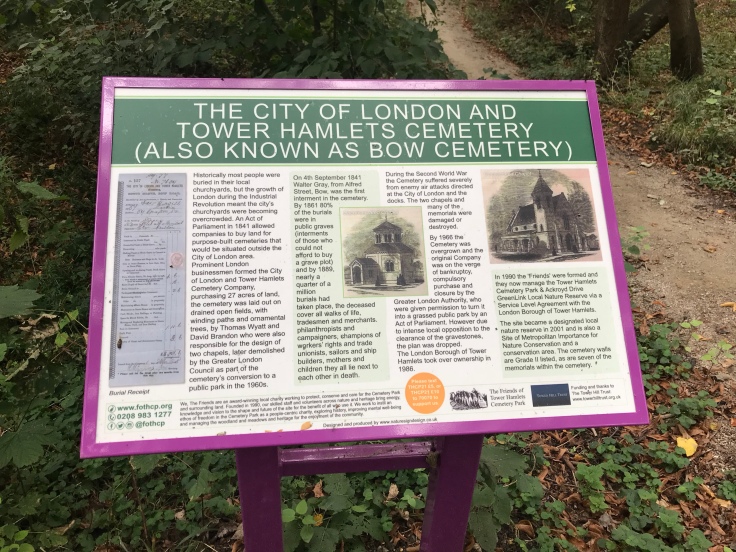 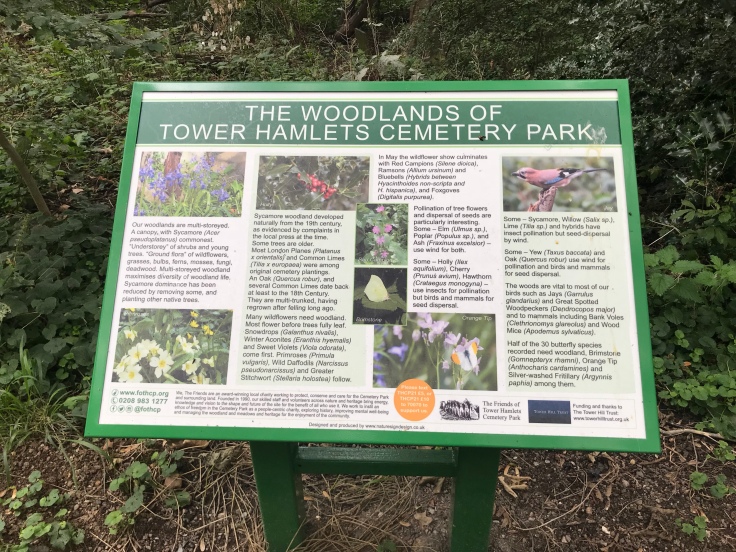 Information boards for the cemetery and the woodland of the park

It’s pleasing to see that a cemetery transform like this. I have seen many listings on Eventbrite for different plant and animal events in this park. For example, there is an upcoming Bird Ringing event you can purchase tickets for. I got a good feeling from the cemetery, that although the focus was not on the restoration of the graves or the site itself like with Highgate or West Norwood, the cemetery is being cared for by other means and is looked after by the community.

This series of visits has sparked something in us that meant I have been downloading lists of London cemeteries today to eventually put into a spreadsheet. The Magnificent Seven are just the tip of the cemetery and crematoria iceberg when it comes to sites we can visit and our death adventures won’t stop now we’ve done all seven. If you have a cemetery you like and recommend visiting please get in touch and I hope you’ve enjoyed reading about our trips so far.