I thought this week I would discuss a bit about the different stages of death, or what happens after we die. Most people will have heard of rigor mortis and know that this is a stiffening of the body, but you might not know that there are other stages and aspects to death that the body goes through. Here’s my whistle stop tour of some of them and what happens in each one!

Obviously, death occurs when the body stops functioning as it should. This can be classed as either a brain stem death, or a cardiac arrest, or respiratory arrest. In order to be alive you need those three to be working together so you can breathe and pump blood around. Hence why life support machines provide these functions for you if necessary. People clearly can and do die in a number of ways but ultimately they all cease to have a functioning brain, heart and lungs in whichever order.

Immediately after death four things occur in the body which signify the changes occurring. These are known as the familiar rigor mortis, alongside pallor mortis, algor mortis and livor mortis. After these processes the processes of decomposition follow which I’m sure you all know too. In case you need reminding Wikipedia states that this is “accompanied by a strong, unpleasant odour”. While decomposition is interesting and something I find fascinating, it’s the subtler four initial stages that are also really quite interesting.

I’ll just say here that this is a super simplified version and there are many other things that can happen to the body depending on the situation or condition it is in. Also, there is not an easy timeline for these changes which again depends on the condition or situation of the body, which further supports the need for research and human taphonomic facilities (body farms). These can be proven to occur at set times but they overlap and coincide with each other. For want of a better term, when these things occur is complicated with many factors to consider and for now I will leave it at that. 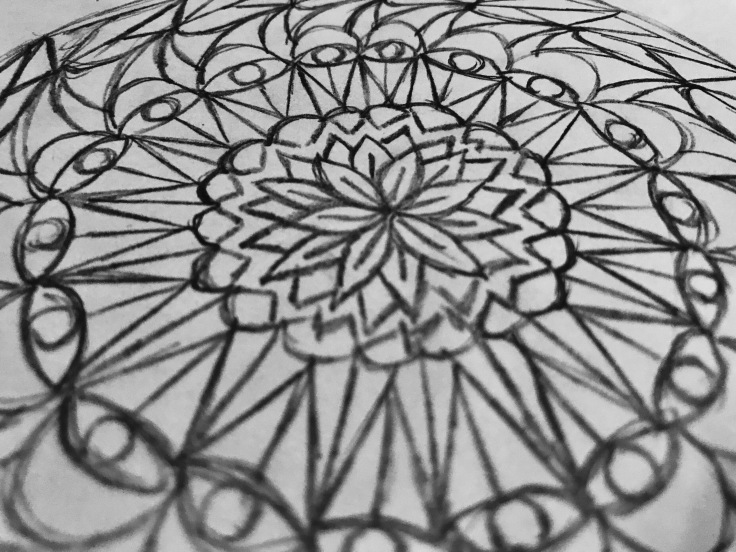 Dead people have some traits you would easily recognise and be familiar with. I think if you were to describe one you would most likely use these words, ‘pale, cold and stiff’ and you would largely be correct. Firstly, the paleness is from the process of pallor mortis where the colour from the skin fades within two hours of death. I think dead people often look waxy too, although also sometimes people simply don’t have this at all and look pretty much asleep! This of course depends on the pigment in your skin and darker skin tones have less paleness occur.

The coldness is mostly from our fridges at work but a bit like a forgotten cup of tea, with nothing sustaining the body’s heat it sinks to the same as it’s surroundings, so without a fridge this would be the ambient room temperature thanks to algor mortis.

As you probably know the stiffness is the rigor mortis where the muscles have chemical changes that cause them to tighten. They are not impossible to move and you can often ‘break’ the rigor mortis simple by moving the arm or leg slowly but firmly. Once broken it won’t return and it does eventually leave the body to become floppy again. Rigor mortis can set in within four hours and stay for around two days or so but maybe longer.

The other stage mentioned above is the livor mortis which is subtle in some ways but also the most visible in most cases. In this process the blood in the body, no longer being pumped around by the heart, comes under the influence of gravity and sinks to the lowest point. Generally, with people lying on their backs this means to their posterior so the back of the head, chest, abdomen and legs. If the person was face down then this would sink to their anterior or front and if, for a strange example, the person was standing up somehow it would sink to their feet, ankles and legs. It is visible by a purple hue to the skin, sometimes very dark and sometimes just a hint.

It’s these stages that we see from our hospital patients who reside in or mortuary. My manager has instilled in me the knowledge to know the simple things, like if a patient isn’t laying with their head slightly raised and facing directly upwards the discolouration can show in their face and be not very nice for families coming to view. Also, until this stage where the blood has settled, removing any lines from drips or intravenous medicine from their skin can cause them to bleed uncontrollably thanks to the lack of clotting. We also use aspects of rigor mortis, for example closing a patients mouth before this has set in will ensure it is closed for family viewings and the patient looks peaceful. It’s these small things that I’ve learnt so far like this that I try not to take for granted because they are small but so important to our work.

If you have any questions about these things please get in touch, I might know or I can always try and find out!