As you’ve probably seen all over my social media, I had all four of my wisdom teeth out yesterday. My first general anaesthetic, which was genuinely terrifying for me, and my first time at a different hospital than normal. I think I had made it out to be truly awful in my head, so when I woke up from the GA all I did was cry for a solid five minutes while everyone around me tried to figure out why. They were just tears of relief, nothing worse than that! In all honesty, the anaesthetist was so good at her job I don’t remember going under. So once I was awake again they kept telling me to try and sleep more but I was insisting on staying awake and not being tricked again. I am totally fine now apart from the pain, which is manageable with some very strong drugs that are making me mega drowsy. 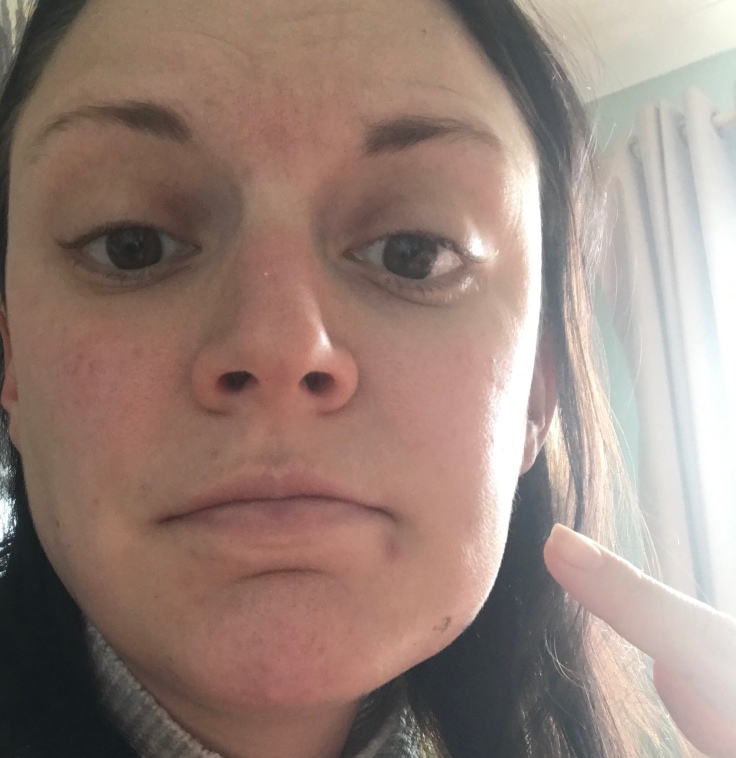 Puffy face on one side, that was where the nasty cyst was

Wisdom teeth are, in my mind, one of those things they should take out in everyone as early as possible. Along with the appendix, tonsils and anything else people end up needing removed and don’t really need. These little evolutionary hang ups generally don’t do much and just cause problems in the few that have them. Whip them out early and avoid all the nasty things that could happen I say!

The reasons we have wisdom teeth are not entirely clear, but those who have tried to figure it out seem to think it has something to do with our early ancestors diets and processing foods we now no longer eat in abundance. While we opt for softer foods, our ancestors had little choice and would often eat rough food like plants and meats that would require a lot more chewing power. To this end, they also mostly had much larger jaws and muscles around the jaw to assist with this. Now we are left with much smaller jaws, no need for the extra chewing power and generally just some teeth that sit and cause problems in a lot of people. I know several people who have had other teeth removed when children because they’re jaw was small too!

A cute cartoon showing exactly what my lower left molar was doing, only it wasn’t apologetic

My wisdom teeth, or third molars, had a whole range of problems. The upper two had erupted completely, but mostly sideways meaning they not only had a cutting surface pointing directly into my cheek but the other cutting point went into the gum below. The two lower had partially erupted, one more than the other. The one that had half erupted was easier to keep clean and had few problems but one had only just peeled through due to being impacted. When a tooth is impacted it is not facing up like all the other teeth but usually pointing towards the side of the teeth next to it. A combination of the impaction and partial eruption meant I had formed a little cyst which kept filling with pus. They were a mess of ignored for a little bit too long sadly!

I got to rock the delightful hospital socks I see all the time on our deceased patients too!

I believe it’s something like 4 out of 5 third molars that have to be extracted if they appear in the mouth. I did ask the surgeon if I could keep them but he told me it was an infection risk, mostly a lie I believe but I know that a lot of teeth break upon removal and they can’t give you the bits of them. One of those times I wish he’d been honest and not told me a lie to make it sound worse than it is! 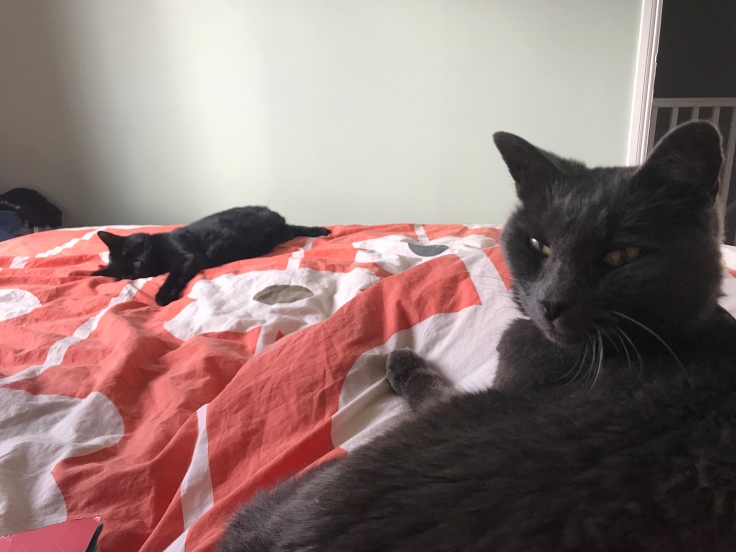 These two keeping me company as always

Well I’m full into recovery, got lots of medication and feeling a lot better than I thought. The left hand side of my face is super puffy, I have a sore throat from whatever tubes they shoved down there and I can’t open my mouth very wide at all. Each day it will get better and I will be back to normal service soon I’m sure.