It’s been a little while since I not only made a two good post week but also did one technical and one generic update. Or at least I think it is, I’ve lost all track of pretty much everything!

My favourite thing about this week may well have been having marmalade on toast nearly every day for breakfast….

It has been a very exciting and fun week so I’d like to share what I got up to. On Monday I spent a lot of time working on the demo of our new computer system, trying out different work flows to see what works and what doesn’t work. I am used to a little bit of systems testing and implementation from my previous work in financial administration so it feels oddly familiar to do stuff like that. We hope to be up and running with the system soon, which I’m finding very exciting. I think it will be great to have all our information at our finger tips rather than in books and folders.

Tuesday I was pretty busy as it was once again a double Death Cafe kind of day and I started with one at lunch at King George Hospital. All in all this was a perfect event, with new people and a couple of previous attendees. I’m pleased that it went well, eleven of us in total came along and discussed some really good stuff about being death positive and preparing yourself for the inevitable. This was followed by the evening event in Upminster at The Sweet Rose Cakery which was great too. We had a researcher attend for her masters and we had a real laugh at the concept of a ‘death day’. If you’d like to know more about that let me know.

Generally what the aftermath of a Death Cafe looks like

The mortuary team received a lovely thank you card which really made me smile. Not just because the card itself is adorable but the sentiment and thought of why it was given. I love knowing that I help people.

On Wednesday I attended the Council meeting for the AAPT (Association of Anatomical Pathology Technology) at a Holiday Inn in London. It was a great day, discussing the future of the profession and being able to update the council members of the student goings on I’ve been involved with. Days like that make me feel so lucky to be involved in this career and very privileged to be involved in the work of the council. I generally try to gather insight from the students about how they find the courses but also it’s an opportunity to get advice on what I do and meet with some wonderful people.

Of course my meeting notebook has cats on it…

Thursday I had a busy day at work, we carried out some post mortems in the morning and then a little bit more work on getting our computer system up and running. After work I went to go donate blood only to be told that I’m anaemic enough that I can’t give blood for a year and I should speak to my GP! Appointment made for next week so nothing to worry about, I’ve often struggled with my iron levels.

I’ve been on call all week also which comes with it’s usual anxieties of making sure my phone is near me and on loud as I normally have it on silent.

This weekend I have some fun and some chill time planned which I am equally looking forward too. Oh, plus this week I also booked some more adventuring for later on in the year. Travelling about all over the place before this year is done and I cannot wait! For now, the September Death Cafe events are as follows- 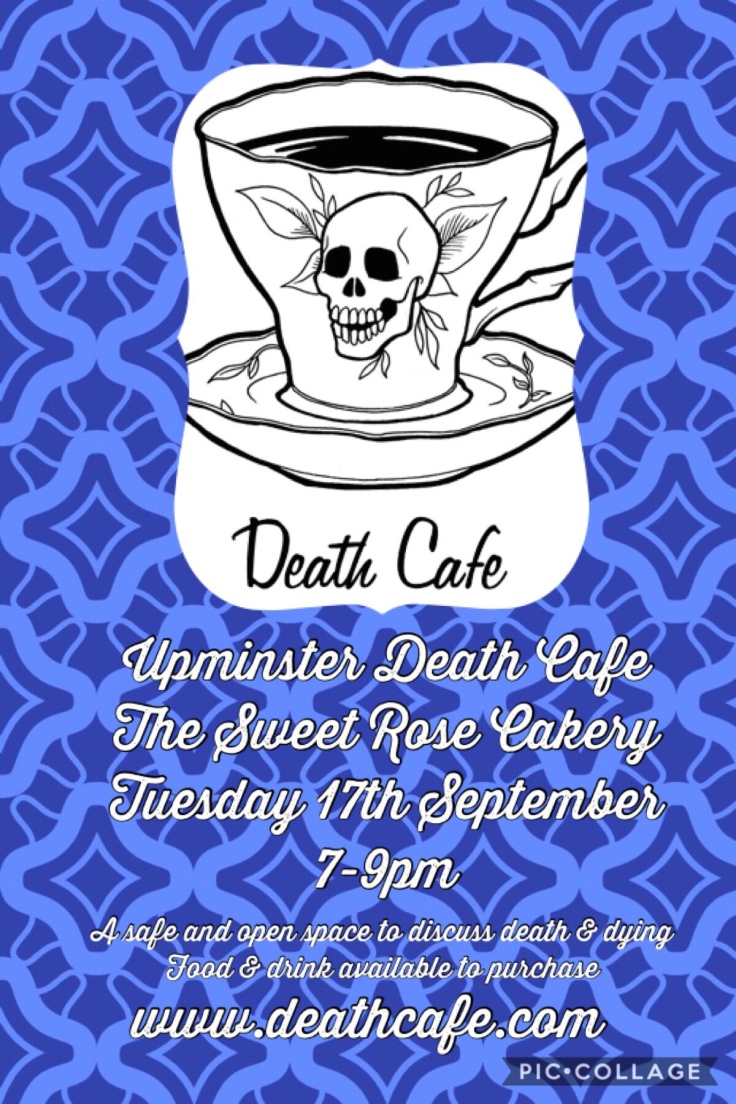