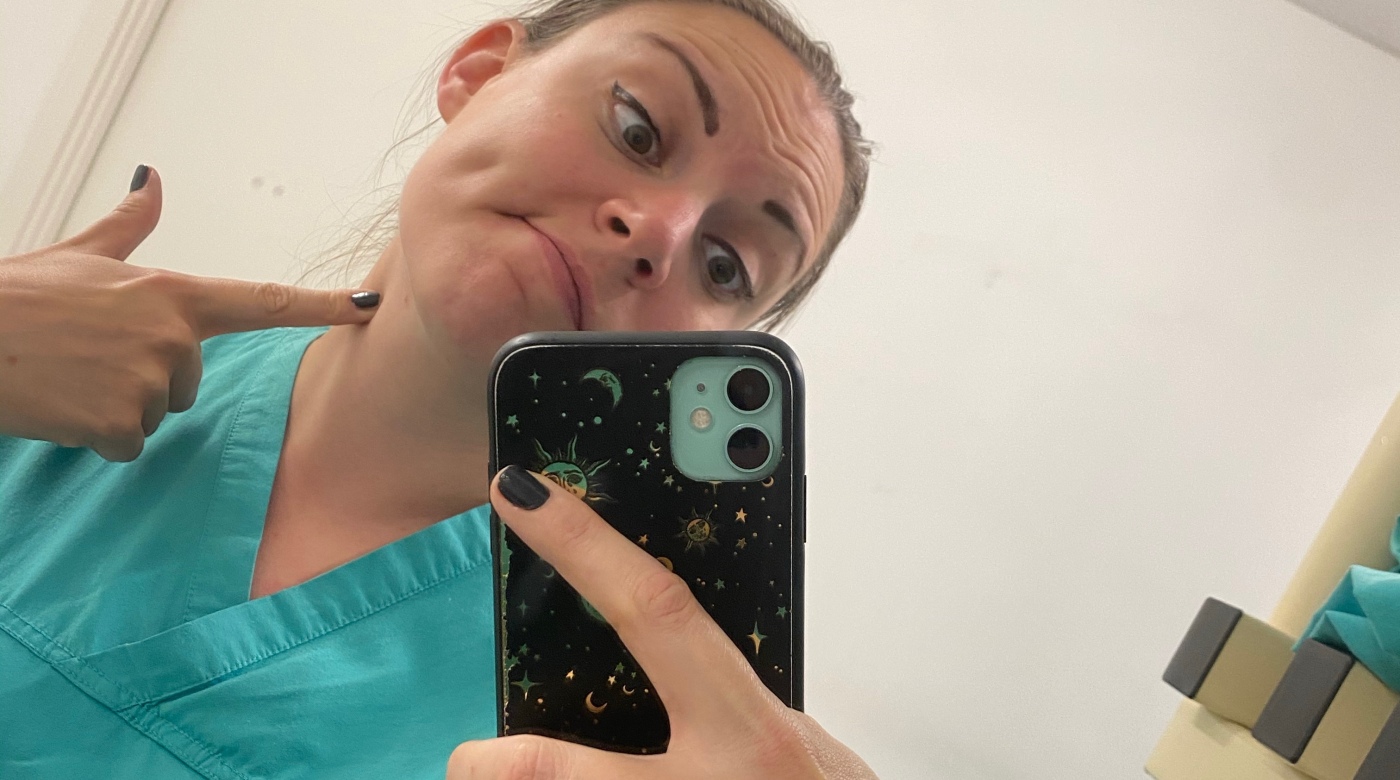 Once upon a time I was cycling at a famous forest based resort with a group of friends when something happened that caused my bike to stop suddenly and flip out from under me forcing my face and arms into the ground. My chin and palms hit the concrete with the full force of my body behind it. A few steri-strips held my chin back together and I washed the grazes on my palms but something happened days later I never thought of. I was sitting down in front of the tv at my flat when my neck suddenly hurt so much I cried, nothing relieved the pain and I just sobbed while trying to rest it against the back of the sofa. I then learnt I had developed whiplash, something so painful I now wouldn’t wish on anyone.

Whiplash is caused by a sudden movement in your neck, when it moves quickly forwards and backwards causing stress to your cervical spine. It’s also known as an acceleration-deceleration injury and can take up to three months to completely recover from. While not a cause of death, movement like this if violent enough can cause an internal decapitation where the skull or top part of the spine separates internally from the whole or remainder of cervical spine which I have seen from road collision patients at the mortuary. While the neck can be seen to be very strong it can also be looked at as a very fragile structure.

Whiplash can be incredibly painful as I described above but it can also cause vision problems, fatigue, dizziness and issues with the shoulder and arms among other symptoms. It can be difficult to diagnose and can happen from very low speed collisions such as my bicycle accident from years ago. Long term problems can be caused from a whiplash injury, including chronic pain, depression and anxiety. From my online research it feels as though there is a lot to still be understood about whiplash and it’s effects on the human body.

It is not unknown that whiplash claims form a big part of any insurance calls when involved in a car crash or collision. Whiplash injuries are common and can impact a persons ability to work or live a normal life. A parliamentary review into whiplash claims highlighted that in 2011 there had been over a 30% increase in this type of claim in the previous three years. Other sources state that since this, fraudulent claims increased by 50% causing mass problems for insurers and genuine claimants of injuries. It seems that it was seen as an easy way of making some extra cash from a claim, but this is no longer the case with a whiplash claim requiring detailed medical investigation to prove this is the case. A friend of mine recently suffered whiplash in a car accident and needed to undergo physio to correctly diagnose the issue and confirm it as true. There has recently been a noted decline in the number of claims being made since the review took place.

With whiplash as a kind of finale, I’ll be leaving the neck posts here to explore some other themes for a while, but I’ve had some great fun writing these. I do have some exciting topics in the pipeline but if you have any suggestions for further parts let me know.