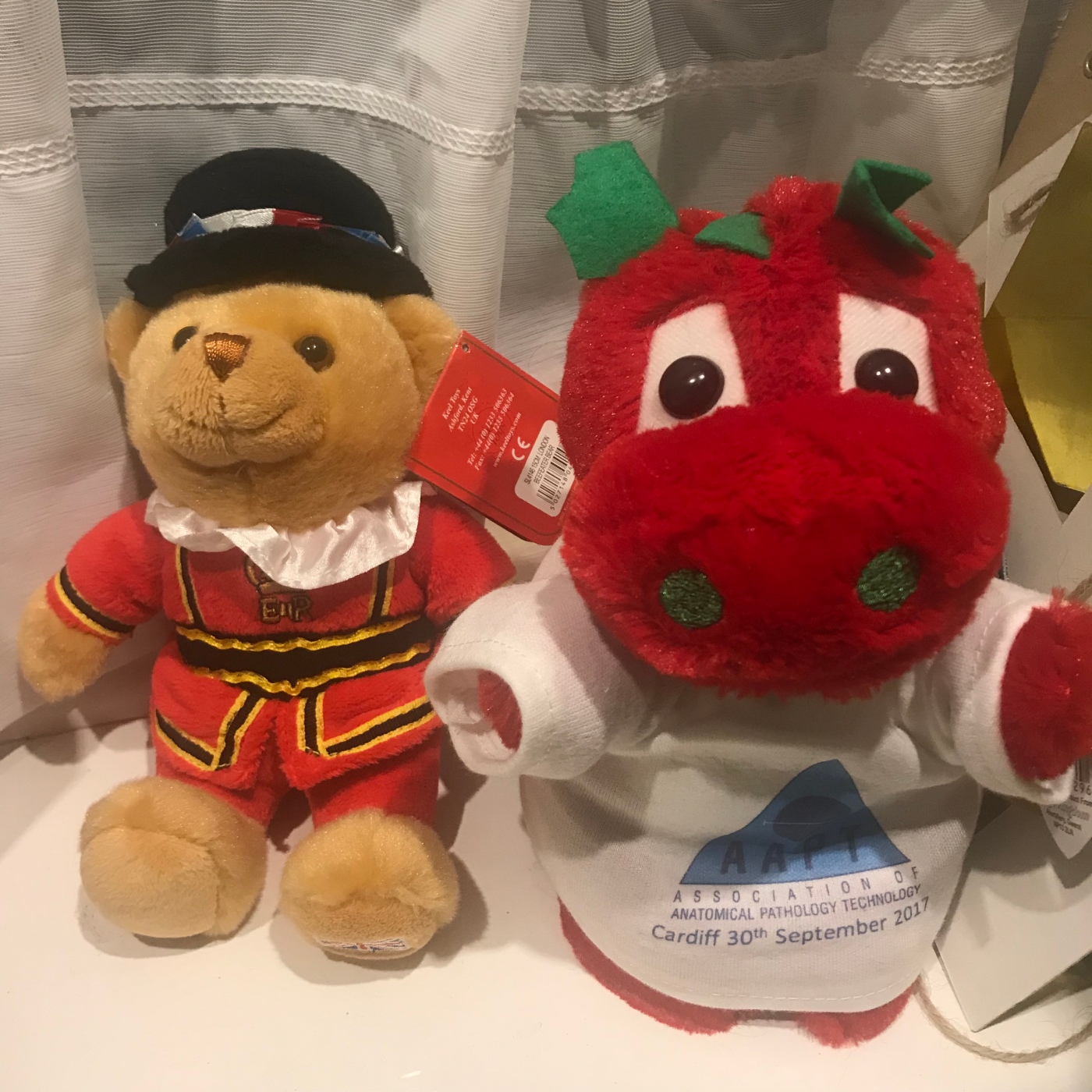 It’s a most excellent start to any morning when you make a cup of tea only to realise that the milk’s gone off. However I wouldn’t let that ruin or darken my day for I was off early to the AAPT 14th annual conference and this year I had some pretty awesome reasons to be excited.

I arrived at the Holiday Inn Regent’s Park to a crowd of people outside. Some people I recognised, fewer I actually knew and a lot more I had no idea who they were. I’ve been lucky to attend a few AAPT events before including this conference last year, it almost feels like I have a tick-list of people to check off each time to speak to, and this year I got a whole load of new ticks. One thing I will say, the people of the AAPT are always so very friendly and just, well, normal people. I don’t think I’ve ever felt more like I fit with a job I’ve had, good news really when I’m pretty certain I’ve got my dream career.

Got a little beefeater bear to go with my Cardiff dragon

When I got there I saw an open door towards the registration desks so I rushed in to get my lanyard and bag of goodies. A little pre-emptive as I was immediately told they weren’t open yet and to go stand outside! Oops! Outside I stood nervously catching people’s eyes and trying to figure out who was an APT and who was a bog standard hotel patron. The doors opened not long after and I got registered, then walked through to the conference room to grab a seat and dump my coat. Then it was time to grab a cup of tea and settle on in for the morning session. 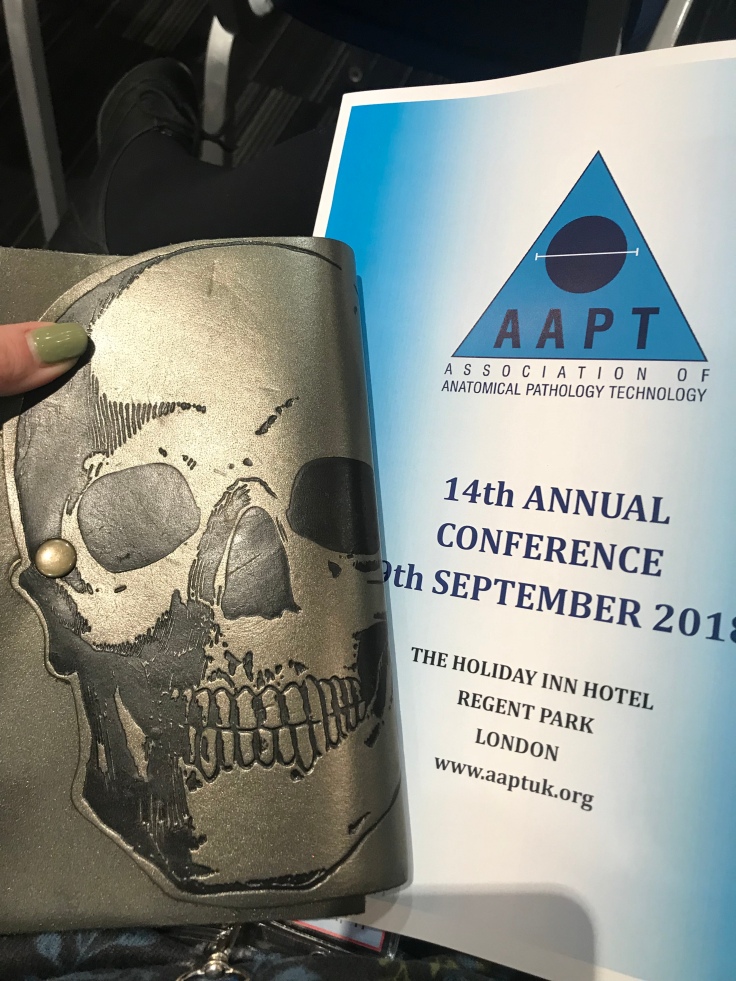 Trusty notebook bought by Laura D and the conference programme

There was an array of talks in the morning and the afternoon of a very high calibre. I particularly enjoyed a presentation by a member of the air ambulance crew who described East London as being ‘well, yes, a bit stabby’ while discussing the kind of call outs he went to. I’ve seen the kinds of procedures they use on people who have arrived at the mortuary but I’ve never been sure exactly how they are carried out or why, now I know! In the afternoon session there was also a presentation by a Sergeant from the Metropolitan Marine Police who look after the river along with other areas, for example I never knew they did high areas like rooftops too! Her presentation was a brilliant and informative one, largely explaining what happens to people if they end up in the river and how they are found. Her presentation ended on discussing the SS Princess Alice disaster where a passenger paddle steamer was struck and sank in the Thames in 1865. A larger part of my notes from this section includes a direct quote of a description of the water at Woolwich where it sank being ‘fast flowing poo soup’. 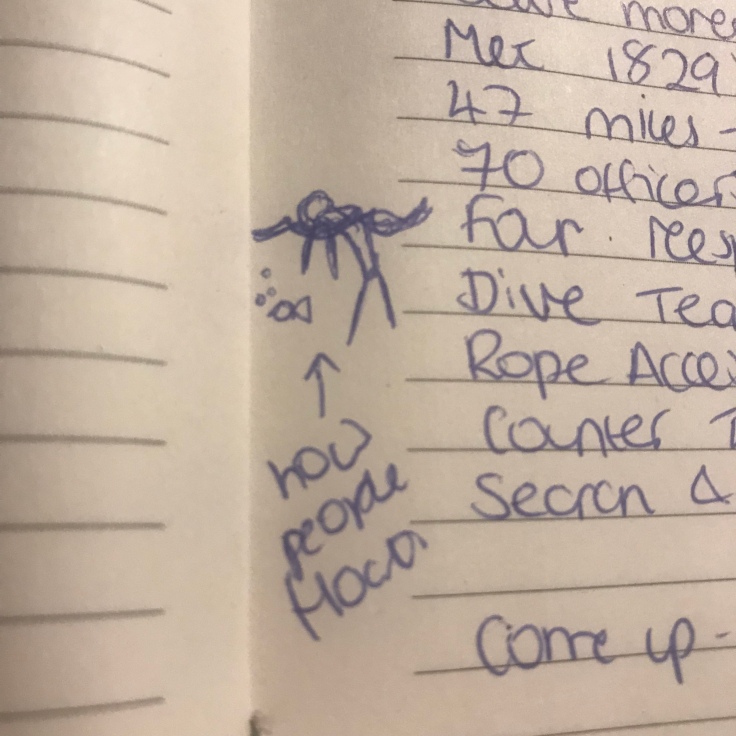 Thought you might enjoy my little sketch titled ‘how people float’ drawn from an impression the speaker did on stage, fish was not in demonstration.

It was a fabulous day and I got to meet some wonderful people. Right towards the end I found out that I was going to receive a certificate for my CPD (continual professional development) achievement over the last year with others, which I then spent the last hour worrying about going up the front. Typical of me! The AGM (annual general meeting) after the main conference also had the very exciting announcement that I have been appointed the Student Representative on the Council for the AAPT. This mean some hard work but I’m so looking forward to working with the Council going forward. I guess this is also a good time to announce that, all things going to plan, I will be starting my full training course in February 2019. It’s going to be a very exciting time coming up! 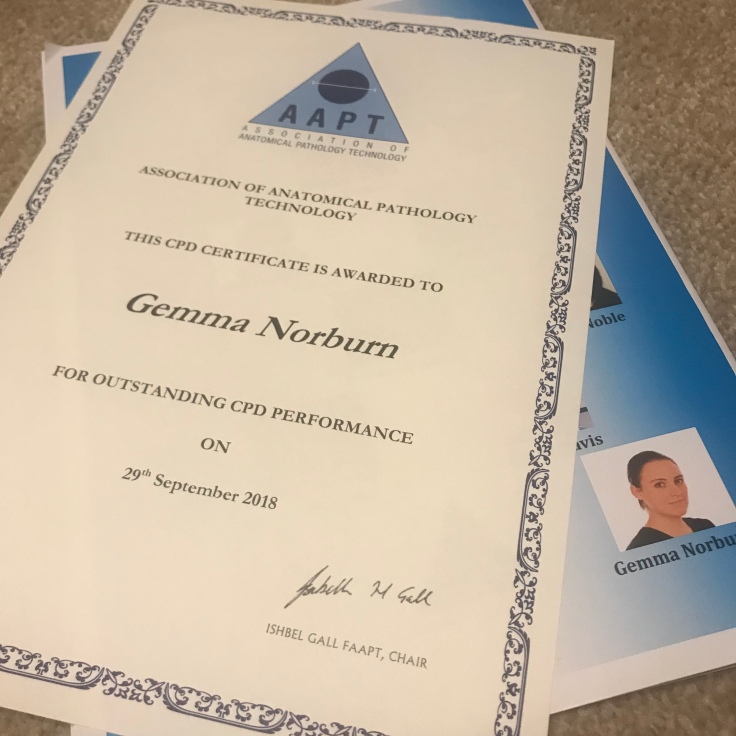 CPD certificate and my mugshot on the council listing!

Sadly I didn’t get to attend the evening event, I had to get home early but I was also a little grateful for other commitments. When your last talk of the day is about boat disasters and pulling bodies out of the Thames, a not very confident swimmer like me would be a little anxious about a party on a riverboat!!

I’d like to take an opportunity to thank the hard working people of the AAPT who put together and awesome conference again this year. I loved every minute and I am very much looking forward to the next one in Edinburgh in 2019!