One place I know I can relax is the bath. Baths are like therapy for me, and tonight I’ve had both. A session with my counsellor, and a bath which I’m now trying to relax in and forget about my day. It seems the Tuesday after a four day bank holiday weekend is enough to get me back to square one feeling overwhelmed by all things life. A combination of work things out of my control, and life things fully within my control are causing that buzzing in my head that I’m pretty sure led to a panic attack in January. Never been so thankful for NHS prescriptions than tonight. Long story short, I am grateful that I am neither ashamed to discuss the fact I have regular counselling sessions nor that I take medication for my anxiety, and nobody else should be ashamed of anything like that either.

If only I was a cat and could relax like this

With that done and said, let’s talk about my week so far! Why when it’s only Tuesday? Well it’s been eventful already! The capacity issues I was convinced we would not have at work absolutely proved to me to be naive and not understand the possibilities fully. Never again will I underestimate a weekend and trust it to be quiet because the weeks preceding it had been. Lesson learnt, always be prepared that a whole lot of people could die at any time and have a plan in place for such an occasion. Feeling quite foolish but I will not feel that foolish again because I will not make the same mistake twice!

Tonight I should have revised a bit and done some work but I really wasn’t in the headspace to do so. Instead I listened to one of my favourite true crime podcasts then watched a fairly sensationalist documentary about the Grindr Killer. Firstly, if you are a podcast listener and love true crime please check out Crime Junkie. It was recommended to me by Laura T and it’s great. Alongside this, a new podcast started recently called Murder Squad which is also just brilliant. Make sure you check these out if you would like to! They both are in a similar vein where they explore a murder or series of murders and then ask the listeners to do some investigative work if they think they can help. I’ve noticed there’s a new realisation that the public can be one of the best assets in crime solving so I’m loving these two. Sadly they do American crimes and I can’t do much from here but I can dream.

So the Grindr Killer, you say? I have a big interest in this case because it’s so local to where I live, I feel like I could have at least walked past these people on the platform at Barking station in 2014. If you would like the full story it can be found here, however in summary in 2014-15 a man from Barking in East London killed at least four young men in a series of murders hence he is now known and the Grindr Killer. Via a method of overdose with the date rape drug GHB he administered this to the four known men and then covered them up as either accidental overdoses or suicide. There is a rather brilliant BBC documentary if you can find it about this, the one I saw tonight was on the Freeview channel Pick and was a little less brilliant but still interesting. The thing I find most interesting is the fact that he was not caught sooner and it really raised issues with the police surrounding the treatment of these deaths. 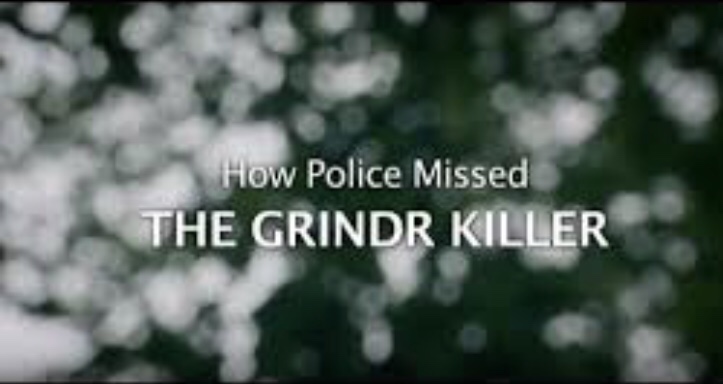 I’ve really become the True Crime addict as of late, reading books about serial killers, listening to podcasts about murders and watching documentaries such as this. Obsessed? Me? Quite possibly!

For later in the week I’m working on a Dying Matters post so keep an eye out for that one, have a great four day week and if you’re struggling know that you’re not alone.